We recently completed our outreach to the homeless. We met a couple sitting outside an abandoned fast food restaurant. It appeared the couple had all of their worldly possessions within reach.
I noticed a white stuffed bear laying on the table, where they had been sitting, I mentioned how cute I thought it was. The woman thanked me then suggested I take it because it was just one more thing for her to carry. I told her I couldn’t do that. I was there to give, not take. She kept insisting. Finally I struck a deal with her. I suggested that I would take it but only under the condition that I would give it to someone that would benefit from it. She agreed!

A short time later, while passing out food along Lancaster (local “homeless area”), we met a beautiful little girl that approached us with her mom and three siblings. I asked the mom if I could give the little girl a teddy bear…she agreed! 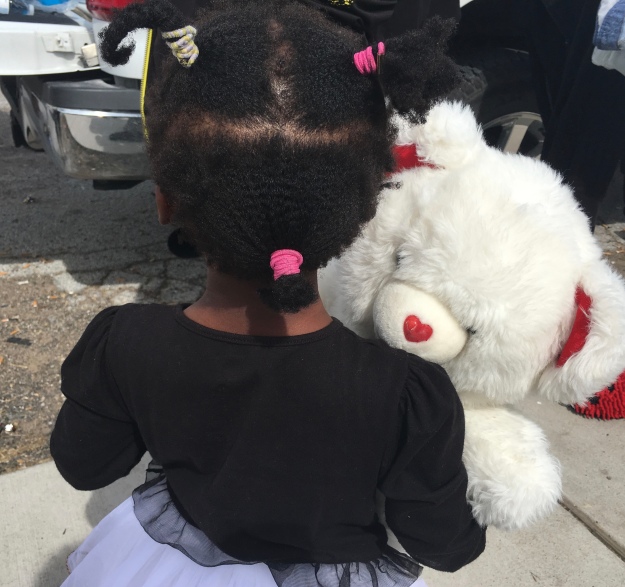 Today I drove past the place I met the original bear owner. I wanted to let her know the white bear found a home. Unfortunately, I didn’t see her…but I will keep an eye out for her. I want her to know that her kindness and generosity made a little girl smile.

7 thoughts on “The Bear’s New Home”