I spotted this fishing mannequin while driving through East Texas. I immediately thought of Cee’s Odd Ball Challenge. 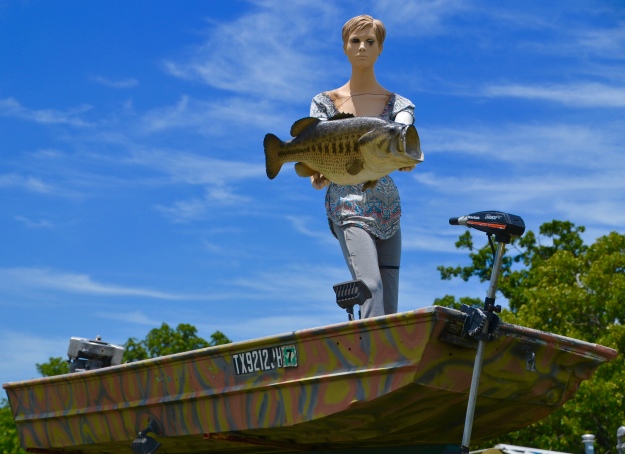 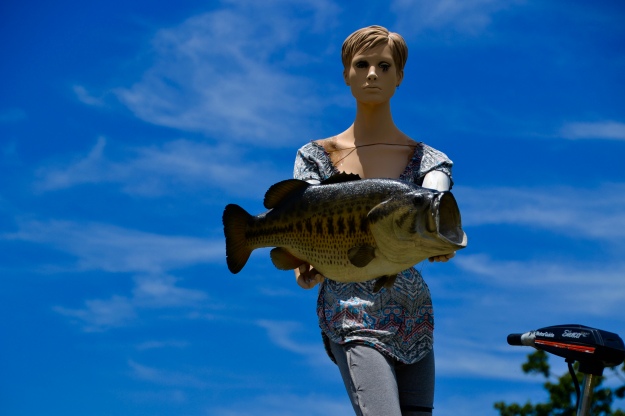 If you like Odd Ball photos…go visit Cee’s page

Our friends, Corey and Billy, invited us to spend the weekend at a lake house in East Texas. Unfortunately Tina and Billie were not able to make the trip but Sonya, Robyn and I did.
As we travelled toward our destination we talked about Corey and Billy inviting us and Robyn said, “We have great friends…”
She went on to list about 12 (possibly more) people. It was a sweet conversation. I realized how loved the girls must feel, surrounded by a large group of people, at home, at work, at church and socially, that love them for simply being themselves. 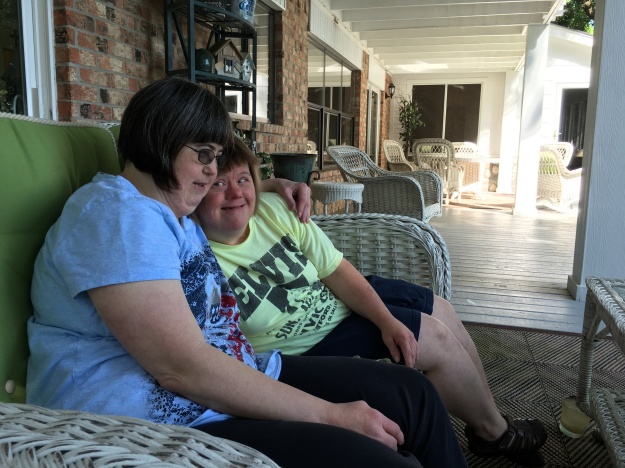 I am grateful that Tina and I get to share our lives with 3 ladies that appreciate and enjoy the friendship of many different people. I am also grateful that we are blessed with kind and open hearted individuals for friends. 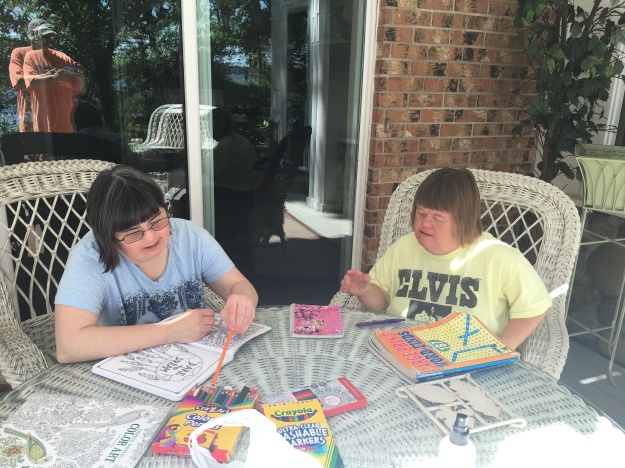 For each of you that think you might be on Robyn’s long list of people she calls friend…you probably are!

This fan was parked at the side of a freeway…in front of Starbucks. I assume the fan was in transit and the driver was in need of coffee.

The fan reminded me of a story…A young man with autism was sitting in front of me at a Special Olympic event. We were in a large arena watching the equestrian competition. When suddenly the young man says, “That’s a Big Ass Fan.” 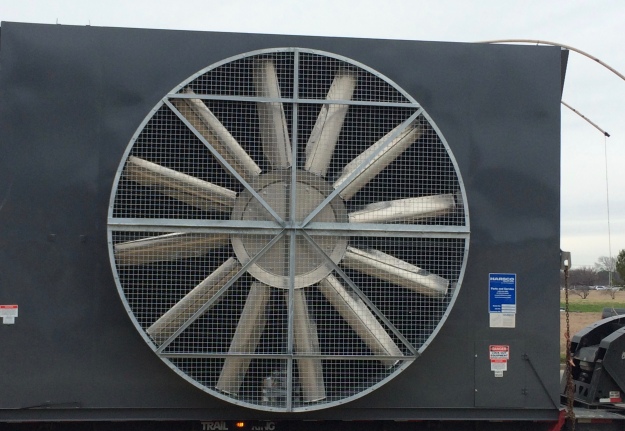 Of course we laughed, then someone pointed toward the ceiling fan and said, “It is a Big Ass Fan.”

That day, all people in ear-shot of that young man learned there is actually a company called Big Ass Fans

This is not intended to be an advertisement for Big Ass Fans…as a matter of fact, I have never owned a Big Ass fan, nor can I comment on their effectiveness…only their size!

This week the focus is cars, trucks and motorcycles. I frequently stop to take photos of old trucks and cars…so here are a few of those photos. 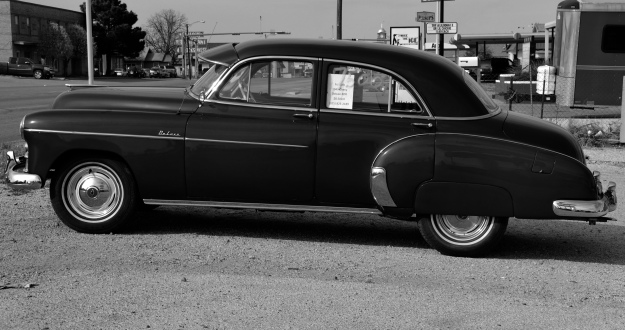 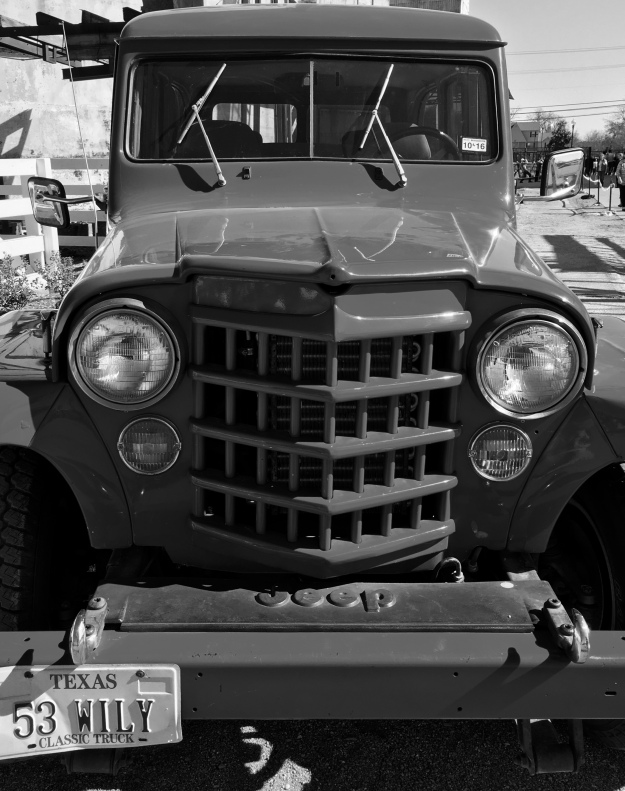 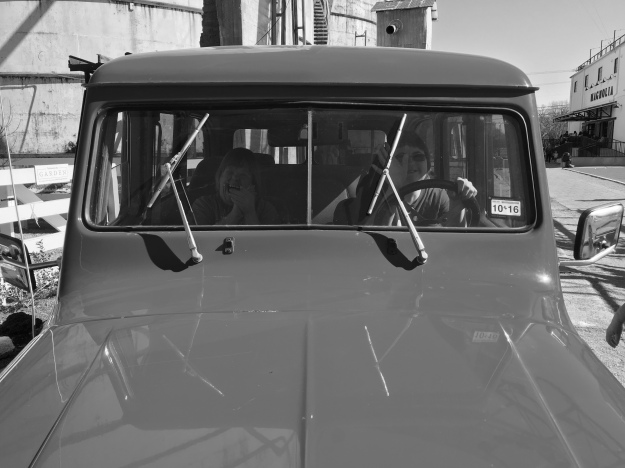 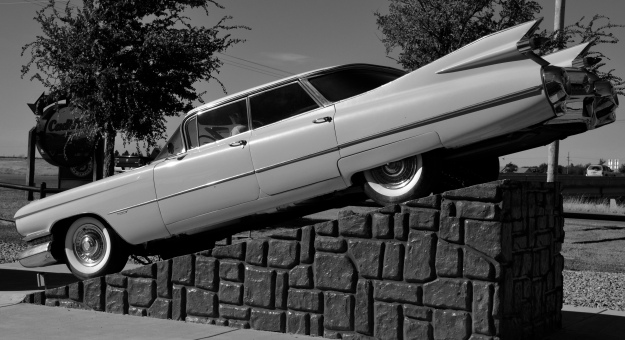 Found this near the Cadillac Ranch in Amarillo Texas 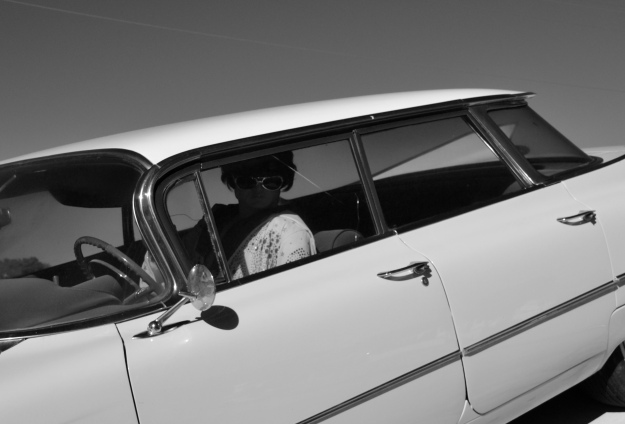 Go check out Cee’s Black & White photo challenge. Maybe you have a photo you would like to share.

So many news stories and so many theories and so many questions. The hardest question and the one everyone seems to be trying to answer is…why?
I guess my answer is, “Does it matter why a terrible person chose to walk into a bar and take 49 lives…innocent lives?”

Does it matter if he was a terrorist? Does it matter if he was homophobic? No matter the answer, those young men and women are still dead and no matter the answer that reality is not going to change.
Now I do think there is one possible answer to the question (Why?) that would disturb me more than any other. If this disturbed man took the lives of vibrant members of the LGBTQ community because he feared his own feelings of homosexuality. This answer would cause me to be horribly disturbed.

The reality is self loathing homophobia is not unusual. Sadly many children have been raised by well intentioned parents to hate themselves. Parents that believe their hateful words towards the gay community will teach their children to avoid making the “choice” to “join” the LGBTQ community. When in fact what their words do is force their child to internalize hate.
When our preachers, rabbis and imams stand before their congregations and preach hatred toward LGBTQ people what they are teaching the gay boy or lesbian girl, sitting before them, is that God hates them.

Our society, our families and our churches teach young LGBTQ people they are not worthy of love. It wasn’t that long ago that we rallied around the young people in our community and told them not to kill themselves, it will get better. Now I hear news outlets questioning if this young man hated himself enough to kill total strangers.
A few years ago I got into a debate with a woman on Facebook. A woman I did not know. I felt a need to reason with her, explain to her why her homophobic words could be hurtful to her son and daughter. I tried to tell her if by some chance one of her children happened to be gay and all they heard throughout their childhood was hateful words about gays, then their immediate assumption will be that she hates them..even if she gave birth to them.

I do not mean to jump to conclusions about “why” the shooter took the lives of the innocent men and women at the Pulse nightclub. But earlier today, when news outlets started sharing information that indicated he might have visited more than one gay club and he may have used a gay app….it dawned on me how much of our society is truly to blame. If this is true then we not only get to blame the Muslims, we also get to blame the Christians that teach gays to hate themselves. I realize there are good parents that love their children whether they are gay or straight. I also realize there are many Muslims, Jews and Christians that love their LGBTQ neighbors. But those who do preach hatred and those that feel people in the LGBTQ community deserve death must step up and accept their role in this recent tragedy.

I have been traveling to Northern Ontario since childhood. Much of the woods, lakes and land remain untouched by modern advances. 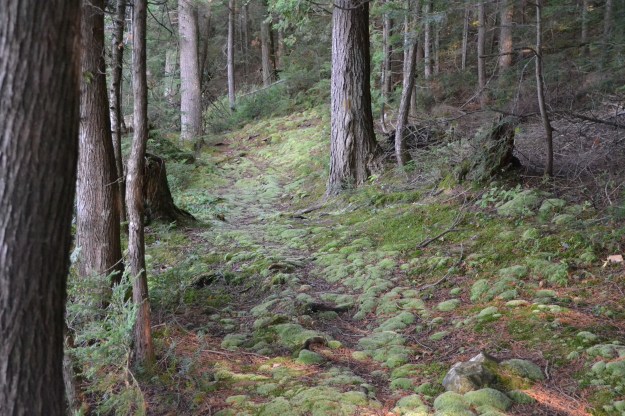 Each time I travel into the North Woods of Ontario I feel a sense of renewal…to me it is the true definition of pure. 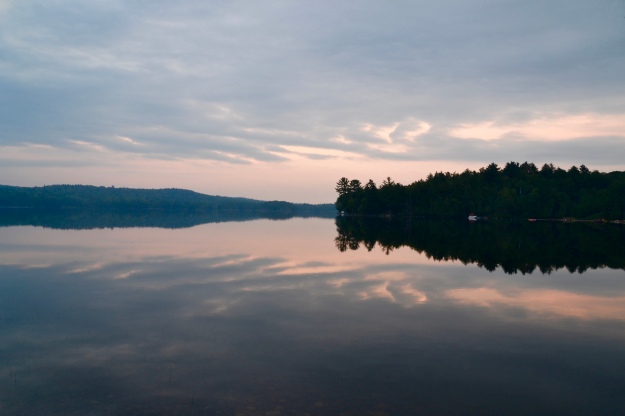 The Daily Post, weekly photo challenge (Pure)…join the challenge, or visit those who have.

There is hope in all things. There is goodness in all things and as a former pastor once told me, there is grace in all things. Although I believe all three of these statements are true, on days like today it is difficult to find hope, goodness and grace. All three seem lost to the anger and hatred that is saturating our world.

For those of you that may not have heard, a lone shooter entered a gay bar in Orlando Florida and killed at least 50 and injured 53. The LGBTQ community has always been aware that danger lurks at every corner. We know that young men, raging with testosterone, will hang outside gay bars just to have an opportunity to show their friends how macho they are by beating up gay men. We know that transgender women are at risk of being murdered simply because they do not fit an expected role in society. We know there are “Christians” in our country that believe death is the only thing people in the LGBTQ community deserve.

This morning, shortly after the shooting, the Lt. Gov. of Texas (Dan Patrick) tweeted the Biblical verse: “Do not be deceived. God cannot be mocked. A man reaps what he sows.” His office is now claiming the tweet was not in response to this mornings shooting. But the reality is Dan Patrick has fought to deny the LGBTQ community equality. And when people of power publicly dismiss a certain group or actively discourage tolerance of that group they legitimize the hate.

I truly do believe in finding the good in all events. And I know in the days to come we will hear stories of heroism that occurred during this tragic event. I also know some of the victims will become organ donors and maybe survivors will go on to share their story and make a difference in our world. But for now it is painful. It is hurtful to know one person has enough hate in their heart to shoot 100 (plus) total strangers simply because they love differently.

Let us pray for the victims, their families, friends and the rest of the LGBTQ community that realizes it could have been any of us. And as difficult as it is, let us pray for the man that committed this crime and his family. Because the true sign of a Christian (and I believe a good person) is not one that condemns others, but one that forgives others and chooses to love their enemy.

I wrote the following post during my original 365 days of gratitude on Facebook. It was posted on June 11, 2013. It appeared under my “memories” this morning. I feel the exact same way today and assume I always will. Sonya, Billie and Robyn bring such joy to our lives.
I have also included the same picture I included with the original post.
I hope you all don’t mind that I cut and pasted an old post.

Day 203…..I spent this evening hanging out with “the girls.” (Billie, Sonya and Robyn) They went with me to workout with my trainer, then we ate dinner at Chipotle. We had a fun time!!
I am so lucky to have them in my life! They make me smile, they make me laugh and when Sonya is around….I feel a need to sing really loud and even dance my way through the day!!
Are there bad days? Sure….but there are bad days in every life and every situation. I think it is important that we accept each other’s flaws as we celebrate each other’s goodness! 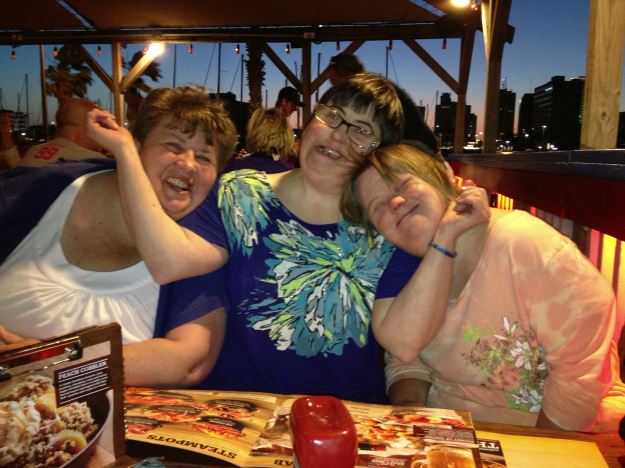 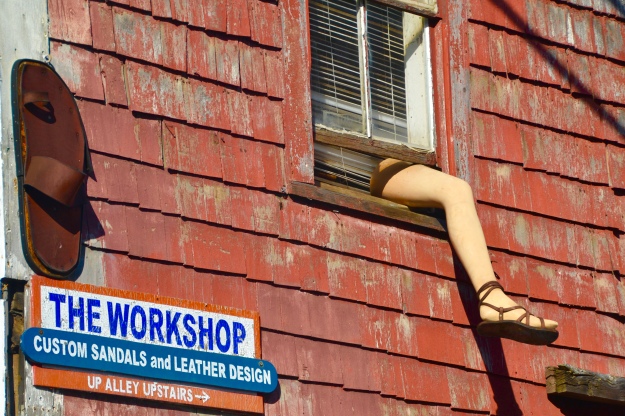 I have missed participating in Cee’s challenges. She commits so much time and effort so we bloggers have a place to share our photos…especially the odd ones!

If you would like to see more Odd Ball photos please visit Cee’s page.

I just spent four days in Provincetown Massachusetts. If you haven’t visited Ptown, let me give you a quick explanation of the area. It is inclusive, nonjudgmental, diverse and so very different from anywhere else I’ve ever been.

I’ve written several times about my struggles as a masculine female being mistaken for a man. I stress when I even think about going to a public bathroom. Because I am regularly questioned, as though I don’t know which bathroom I belong in. I am called sir so often that when I am called m’am I want to hug the person.

But the past four days have not been like that. Over the last four days I actually started going to the bathroom by myself. I have not required a friend to run interference in public restrooms. Every person I interacted with in Provincetown seemed to know instinctively that I was a female.

It is true that in Provincetown the number of LGBTQ individuals is much higher in percentage than other places in the country. So people living, working and visiting the area are more apt to avoid stereotypes. But the reality is, no one even looked twice at me. I was not an outcast. People did not look over their shoulders to make sure it wasn’t a guy in line behind them.

Maybe it wasn’t so much that the people living in Provincetown recognized that I was a female…maybe they just had more important things to do than judge other people. Maybe they figured I knew what I was and really didn’t need them to police me or monitor me.

Maybe they aren’t worried about the way the person next to them identifies their gender….maybe they are just busy being themselves!

I am truly grateful to have the opportunity to live like everyone else…even if only for a couple days.