Have you ever driven down a familiar street and suddenly notice something that you have never noticed before?

This is certainly a strange experience…especially when the thing you notice has obviously been around a long time.

Today I was driving through a part of town that I am not terribly familiar with but I do drive through the area once or twice a week. I noticed two old brick smoke stacks that appeared to be sitting in the middle of a wooded area. 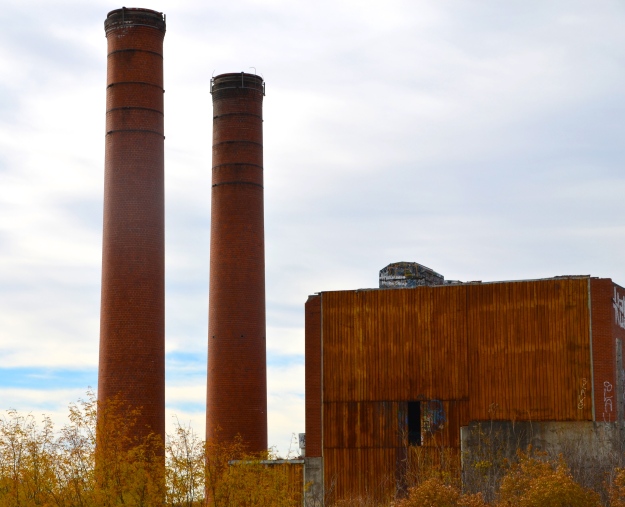 I turned off the first street that appeared to go in the right direction then turned several more times before pulling down a dead end street and finding myself within 100 yards of an old abandoned factory.

I always feel an urge to explore places like this and at some point I may go back and snoop around a bit. But as for today I had to get back to work. So I took a few photos and found my way back to the main street. 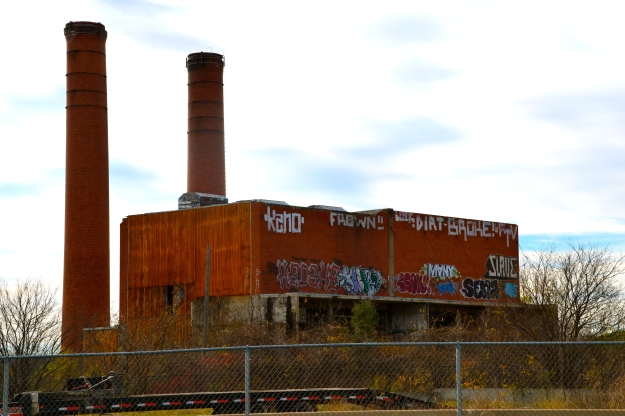 I have a Facebook page called 365 Days and Counting. That is where I share thoughts and insights. When I first started Conversations Around the Tree it was intended to be an off-shoot of my Facebook page. But instead it became something totally different. I found a love for photography and fiction and general creativity. So instead of sharing my daily experiences and thoughts I shared my creativity.

Today I wrote a post that is very appropriate for my Facebook page. However, after posting it on 365, I decided it is a message that I want to share in a bigger venue. So I am bringing it to you….my blogging community….

His little brown eyes gazed at me. The look on his little face so innocent. Did he know what was happening? Was he asking for help? Or did he just feel smashed by his brothers and sisters that were twisted and crammed into the small kennel.

I was in line, waiting to get information for one of my clients. I watched the babies get carried to the back, then their mom. The Humane Society employee returned the dilapidated kennel to the man that abandoned the puppies. I wanted to rip the kennel out of his hand and yell at him. I wanted to tell him he didn’t deserve to get the kennel back because he would just use it to turn in more defenseless dogs.

I was still in line when the man left the shelter. I was behind another man that was turning his dog in because the dog had gotten out 3 times. I listened to the worker explain that the shelter was  over capacity and then she told him it was likely the dog would be euthanized immediately. She suggested he try to return the dog to the place he got it. He left with the dog. The dog was going to live another day…but the man was angry. He wanted someone to fix his problem. Maybe he wanted someone to fix his dog.

Just as it became my turn a plastic cat carrier fell off a chair. The kennel flipped over and landed on the hard floor. The owner started laughing. As the kennel was righted the cat inside it looked confused and stressed.

I really don’t know the solution. There will always be irresponsible pet owners. But I do have a plea….if you own a pet, please have them spayed or neutered. If you have room in your heart and in your home, please go to your local shelter and adopt a pet.