In April 2000 a tornado hit downtown Fort Worth and the near west side of downtown.

These four metal beams were once supports for a billboard. But Mother Nature bent them useless. 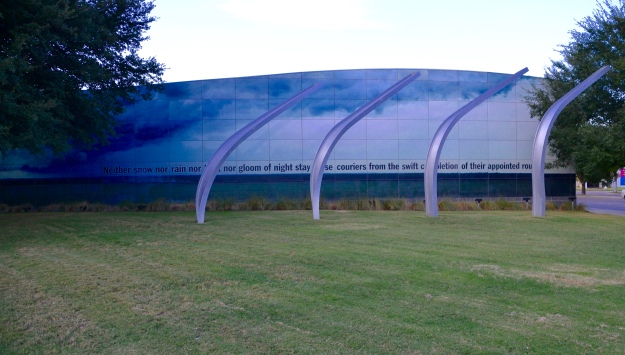 Instead of tearing them down, it was decided to include them in the design of a new post office. 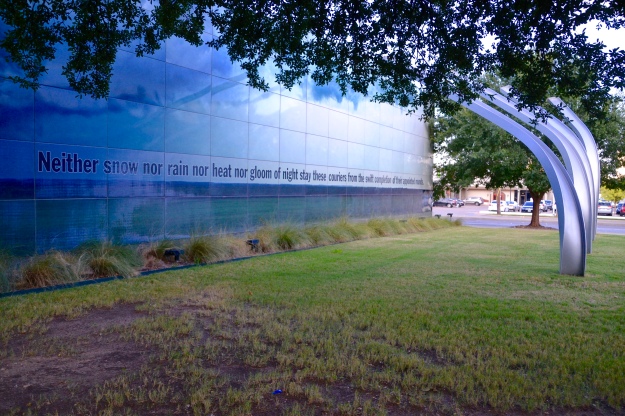 I really like the connection of the bent steel and the mail carrier motto….”Neither snow nor rain nor heat nor gloom of night stay thecourier from the swift completion of their appointed rounds.”