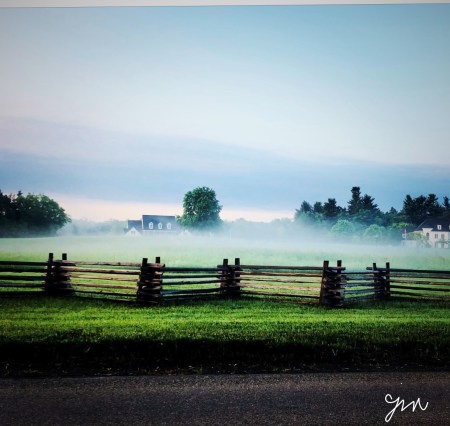 The morning fog rolled across the field.

Susan’s entire body shook. What had she done?

She attempted to walk away from the body, but her legs wouldn’t carry her.

She stumbled and fell to the ground. She crawled several feet before returning to an upright position.

She screamed as she continued to move away from the body.

She stumbled again and when she opened her eyes she was staring into the hollow eyes of a young woman. She lifted her body off the dead woman.

Suddenly the fog cleared. Susan screamed uncontrollably when her eyes scanned a field of dead bodies.

“Mom” The teenager shook his mom awake. “Mom, its okay, you had that dream again.”

Susan sat straight up, sweat pouring from her face, the 6 months spent serving active duty continued to haunt her.

Susan thanked her son for waking her and squeezed him as though she would never let go.

Flash Fiction for Aspiring Writers is a weekly challenge that runs from Monday to Monday. The story of 100 – 150 (+/- 25) words is based on the photo prompt provided.

7 thoughts on “A Field of Bodies”